“No s@#t, Stark. Why do you think I’m stocking up?” Bang, bang, slush, slush goes a casket of 80-proof icy insulation. “By the way, you’re a lousy weatherman. 6 years? Sooner or later you’re bound to be right, Ned. Now, let’s retire to one of Little Finger’s entertainment pavilions, lest you lose your head.”

Food has always been a leyline on which George R.R. Martin’s epic novels have dug their roots deep. In comparison, with its scantily clad HBO adaptation, the original script — which is the less than pompous way of saying “novels” — are the equivalent of a gourmand’s saucy skin magazine. Each author or producer letting their inner fetishes take hold of their rigid and stiff pens. Portly George imbibing of many tasty tarts, while Benioff is off on his tangent playing hide the screenplay with, well, other equally scrumptious tarts; flinging to the forefront of America their merry youthful obsessions… one, perhaps, partaking a bit too much of Hollywood Hill’s worldwide unclad export.

In this case, we’re going down the epicurean highway; doing our level best by keeping our eyes on the road, mindful of the many hitchhikers, leggy and buxom, that may appear along the way. In other words, no naked bodies!

So, although we might not know much, at the very least we hope a bit more that John. But what little we’ve managed to glimpse of happiness normally comes paired with a spirit — in my case, tequila.

Mind you, a note from old Max: These aren’t makeshift or wild bivouacked constructions. These are confections plucked straight from the saga’s pages and adapted from recipes of ye olden days. 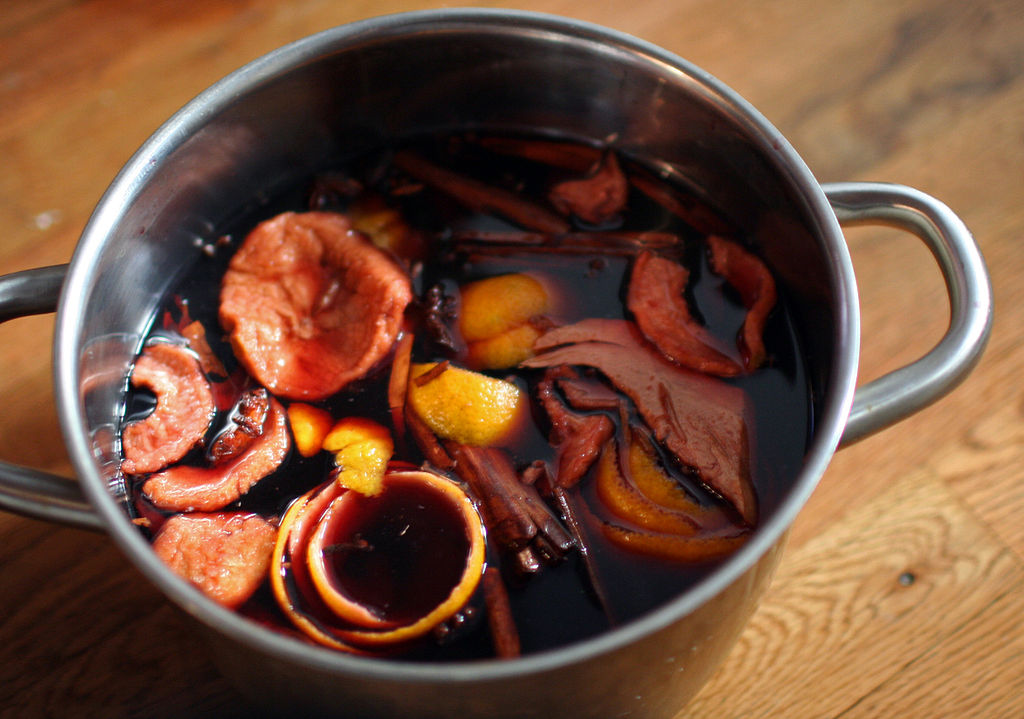 “The Old Bear was particular about his hot spiced wine. So much cinnamon and so much nutmeg and so much honey, not a drop more. Raisins and nuts and dried berries, but no lemon, that was the rankest sort of southron heresy…”

— A Clash of Kings

Bring the Costco reject to a simmer and toss everything else in. Cook for 20 minutes. Stir occasionally, drink it up in a mug — NOT a glass.