Your College Essay needs to shine and quite possibly make philosophers ponder their well-researched tenets. I’m here to give you the dope on that anvil that’s hanging over your head and a few hacks on how to, at the very least, make a go at them. Great tips and tricks to write a killer college essay. Here’s how to write the perfect college essay… a killer one. 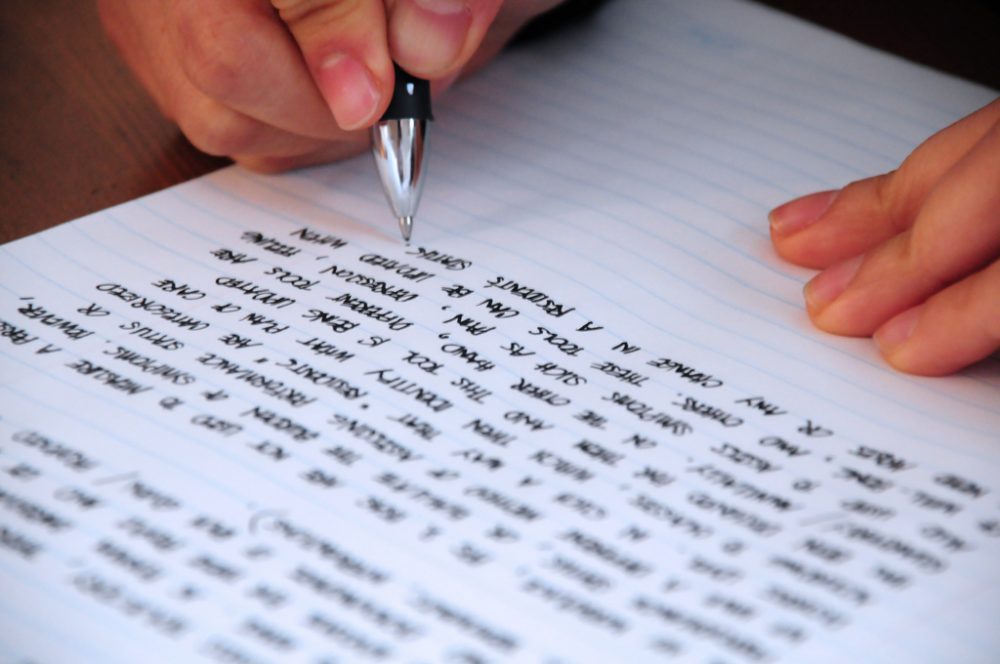 The golden rule is:

Make your essay interesting and don’t force the issue. Keep them interested so we actually read on and know what’s the skinny on that faux magical ticket called the College Essay; it’s essential to level headed on the hard-boiled reality of the essay. They are not anticipating the next Scorsese, but would happily accept an MCU production… hell, by now most admission officers will settle on DC like hoopla.

Tips To Make Your Essay Stand Out: How to write the perfect college essay

Don’t try to be Hemingway:

Don’t even try to be a self-published writer with a dwindling sense of storytelling tools. When you start to digress and build metaphors and analogies and whatnots, you come off like a hack. We’ve heard them all… REPEATEDLY. Strike them off your list. Be as natural as possible.

If you’re going for a dialogue-heavy anecdote, and playing with a back and forth motif, then don’t shy away from the word “said.” You can use it as many times as you like. We prefer it.

Other alternatives are “went” and, “told”. Don’t try to inject adjectives or other synonyms before those verbs. If your characters merit a modifier to describe the way they said something, then work the dialogue, not the attachment.

All essays have a genre… Like movies. Define where you’re coming from and operate on that angle. Is it a memoir? A drama? A comedy piece? An editorial? A political thriller? It really doesn’t matter. What’s essential is the cohesion. That it sticks to that style during the whole piece.

Once you’ve defined your approach, go online and read works – not student essays – that have exploited and interpreted said genre.

Don’t tell them what they already know:

Don’t drone on and on about their faculty, and achievements, and staff and campuses… Guess what? They are well aware of what hot shit they truly are. They don’t need you singing their praises. Don’t waste your word count on being a bootlicker; Universities don’t need ass-kissers or sycophants. Focus on what’s important and what you will bring to their facilities.

Folks, there are hundreds of ways to say “study”, or “passion”, or “dreams”, or the countless other expressions you’re going to inject your essay with. Do your best to steer clear from the same vocabulary bite.

Unless you’re using repetition as a narrative wordplay:

Try to bulk up your writing toolbox before you actually get down to writing your essay… Like I’ve said, make the items interesting. We want fireworks, even if they are cheap Korean knockoffs.

Here are some Literary Hacks – not all of them, cause we only have a blog post, but enough to make your essays have a bit of sparkle.

A quick and dirty way to do this is by reading speeches and trying to follow them. Most speeches are based on simple propaganda tools made to reinforce a product or an idea. You are the product, you are the idea, you are what needs selling.

Politicians have this down to an art. Follow a few on Twitter and marvel at how those pulpit thumpers sell Tom and Jane America on the wackiest proposal, with inflections, tones, wordplay, and buzzwords.

Find a few that actually go with your essay. Lingo, jargon, fuzzwords, and doublespeak that sit in the same peace circle endorsed by your topic. They give your essay a bounce, a vogue terminology and often times sound authoritative and technical.

Every field- sports, tech, friendship, human dynamics, school work, travel, music, goofing off, etc, has a phraseology or argot inherent to it. It really helps to unearth them in order to punch up your essay.

For example, let’s say your essay’s general concept twirls around your trip last year and how that occasion sparked in you a fevered interest in other cultures and locales. Go on Google and search: “Travel Vocabulary.”

You can also, given your Essay’s thesis, gift the piece with bombastic words that are ancillary to the subject matter.

Stay true to the topic.

Find a Central Theme and delineate your argument. You’re making a statement on something so really punctuate it. Every essay is a journey so make the walkabout count. Normally students use a shallow topic – say your travels, your love for video games, your relationships – to inflate an argument. That shallow topic, or that down to earth theme, is used to address a deeper argument.

“What did you learn? What did that idea spur in you? How were you changed by it? What passions did it flare up?”

Learn from the best:

If you have a subject matter then read your ass off. Find journalists and writers – not bloggers – who have processed and molded texts around that genre. Emulate some of their way of writing and ideas.

Don’t run your mouth off:

You have a limited amount of words, use them wisely. Take out what’s superfluous and doesn’t move the action along.

You only have so many words, don’t waste them on humdrum minutia and superfluous platitudes. Make each word count. Strike off the adverbs, defenestrate the pronouns, conjugate the verbs, contract the living daylights out of what you can, be stingy with your adjectives.

“To write is to human, to edit is divine.”

Once you’ve completed your first pass, your first essay, edit it to a bloody pulp. You have to not only cut out the fat but tighten the whole narrative. A good rule of thumb is that a good final essay should at the very least be 10% shorter than the first draft.

Always write in active voice…. Not as a freaking lawyer. A great way, I recently read online, to figure out if your writing in a “safe mode” or “passive” is the zombie test.

If you can add the phrase “by zombies” at the end of your sentence then you have to reformulate the approach.

Original sentence: The Jeep was driven into the village.

The sentence under the undead experiment: The Jeep was driven into the village by zombies.

Sentence worked in the active form: The zombies drove the Jeep into the village.

Supplant Zombies with a name or noun.

Be original and stay true to yourself. Your faults. Your desires. Your passions. Your inner workings. We notice when you’re struggling to make yourself seem more compelling or alluring than you really are… It comes off as hackney and incredibly pedantic. We know how to spot imitations and unlicensed copies. Be yourself.

Tell us your hardships:

If you’ve had a trial by fire or death, or something that warrants our compassion, AND YOU OVERCAME IT, tell us about it. To be honest, write your essay around this topic; don’t bury that gem in the copy. That’s your magic bullet, so bring it out in the first paragraph.

Use profane language if you have to:

Fuck is a rather versatile word… if used sparingly it can really punctuate or highlight a passion. And not just the F-word, but the whole wash your mouth with soup expression list. A great four-letter shell, at the right time, can really add napalm to your essay.

Amid a carefully plotted adult fairytale, with poetic undertones, and not one single profanity, the female heroine – a falling star made human – stumbles unto the scene:

He used that tool once and that’s it.

Above all tell a story. Stay firm to a simple 5 part story structure – don’t try to reinvent the wheel or Pulp Fiction the heck out of your tale.

Exposition: introduce the setting and major characters. Only the ones that have a weigh on the story.

Rising Action: the conflict is introduced when a catalyst goes KABOOM! This the bulk of your essay. This is what you’re fighting against or the struggle that gets in your way. Something happens that made you act.

Climax: the pivotal point. The part where you are at your lowest… the most difficult moment in your journey.

Falling Action: what happened after the conflict is resolved.

Resolution: The end of the story and how the protagonist – THAT’S YOU BY THE WAY – changed due to this trial and gauntlet you went through.

A great way of approaching a story for your essay is by tailoring it to the Hero’s Journey… Or Dan Harmon’s – The Creator Of Rick & Morty’s – circle theory.

Use online tools like Grammarly to cheek your typos and Grammar. There are hundreds of these sort of apps online, give them a whirl. Yes, as stunning at it might seem, the internet isn’t just a bottomless pit on depravity…. there’s actually some good stuff on it.

Have others read and comment on your Essay. Pass it along to teachers, friends, family members even strangers online. There are even professional services on the net that can give you some pointers on how to craft that cover letter.

“Guys, I need you to curb stump it till’ it is begging for mercy.”

That’s how you built a great essay. Re-write it as many times as necessary.